The Benefits of Exercising Outdoors

We know that exercise is a powerful tool for health but did you know that a growing body of scientific research also shows that getting active outdoors could bring additional benefits, boosting your fitness and improving your mental health? Freelance contributor, Joe Minihane, explains everything we need to know.

Studies of the so-called 'nature pill effect' suggest that your ticket to a healthier life could be boosted by simply getting out in the fresh air - walking through the woods or working up a sweat doing some simple exercises in a local park.

From running outside to diving into lakes, our bodies and minds respond well to getting out into nature. So, here's how and why it's time to open your front door and confront the elements head on.

"Imagine a therapy that had no known side effects, was readily available and could improve your cognitive functioning at zero cost." That's the opening gambit of a research paper that looked at the benefits of, what's referred to as, 'nature therapy'.

The science is clear: 'nature therapy' aka spending time outdoors, is good for you. One study from the National Center for Biotechnology Information (NCBI) in the United States found that two nights spent in a forest lowered participants' stress levels, reducing cortisol and inflammation, which are increasingly seen as factors in depression, autoimmune diseases and cancer.

The mind works better, too. Another study revealed that when people were immersed in nature for four consecutive days their performance rates at a creative problem-solving test increased by up to 50 per cent.

The good news is you don't need to go camping. You can receive some of the benefits by simply taking your exercise outdoors on a regular basis. It's such a powerful tool that some doctors have even started to recommend this combination of activity and nature as a treatment.

In the Shetland Isles, following a successful pilot scheme in back in 2018, GPs at all 10 of its surgeries now prescribe 'nature prescriptions' (also known as social prescribing), involving walks, for those suffering from conditions ranging from stress and diabetes to heart problems and mental health issues.

Leaflets, available in all the surgeries, recommend walks in areas where patients can get close to nature while taking some beneficial physical exercise.

"The benefits to patients are that it is free, easily accessible and allows increased connection with your surroundings, which hopefully leads to improved physical and mental health for individuals," said Dr Chloe Evans, a GP at Shetland’s Scalloway Health Centre when the scheme launched.

It could be good for the NHS, too. Research by Leeds Beckett University in conjunction with The Wildlife Trusts has shown that every £1 spent on such social prescribing can save the NHS almost £7 in the long term. 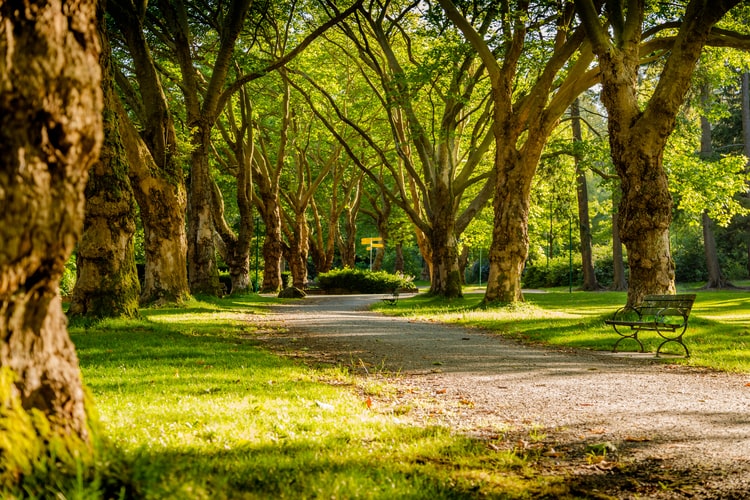 Taking those first steps outside

If you're new to exercise, the idea of getting outdoors can be daunting, and having the confidence to start is the first big challenge. What kit do you need? Will you be judged? What activities should you do? These are all questions that can be paralysing, but there’s plenty of support available out there.

"People feel intimidated about going outside because the assumption is that everyone is looking at them and they’re going to be criticised for not being able to run fast because of their shape or their size," says double Olympic champion Dame Kelly Holmes (Twitter @damekellyholmes and Instagram @damekellyholmes). But finding a community of like-minded health seekers on the same journey as you can really help.

Holmes has become an advocate of one of the most popular outdoor communities in the UK, Parkrun, a weekly 5km Saturday morning run held in hundreds of parks around the world. Stats show that since its inception, average times have become slower year on year as hundreds of new, first-time runners join.

Parkrun has become more about community and inclusion, the joy of being outdoors every Saturday morning, rather than trying to smash your personal best.

"When you get to a Parkrun, there are no expectations on your time, or whether you walk or run or jog," says Holmes, who recommends a slow and steady approach for the newly active.

For Holmes, the act of getting outdoors to exercise isn't solely about physical betterment, either. She highlights how outdoor communities can also boost social interaction and minimise feelings of loneliness, with clear mental health benefits.

"Everyone knows about the endorphins that exercise produces," says Holmes. "When you have that feeling in your brain when everything is too foggy or cloudy or stressed and you’re thinking things are getting on top of you, getting out gives you that time alone to mull things over, in a positive way."

It's a view backed by medical professionals, too. Dr Simon Lennane, who practices in Ross-On-Wye and is the Mental Health GP Lead for the Herefordshire Clinical Commissioning Group, started encouraging patients at his surgery to attend the Parkrun he set up in the town, with a particular focus on boosting mental wellbeing.

"Our town has the same problems with diabetes, overweight and lack of activity seen throughout the UK," says Lennane, "and as a practice we've always been interested in social prescribing and finding alternatives to medication."

It's not just about running, either – there can be benefits from volunteering, getting outdoors and being part of the group.

"Given my interest in improving mental health, I'm particularly keen to encourage volunteers, as it's an excellent way to spend time with others and can help to build up confidence for people not used to running," says Lennane.

If you're feeling a little more adventurous, there's a growing trend for wild swimming as a great way to get outdoors and experience that all important endorphin rush.

Since its formation in 2006, the Outdoor Swimming Society has grown from a niche concern to a 70,000-strong group that organises swims in rivers and lakes across the UK all year round.

Getting a boost from an outdoor dip doesn't have to mean powering out long distances in tight-fitting wetsuits. In fact, a short dip without any neoprene can be just as beneficial for your mental health.

Dr Mark Harper is a consultant anesthetist at the Royal Sussex University Hospital in Brighton. He also swims all year round, without a wetsuit, as a member of the Brighton Sea Swimming Club. Harper is at the vanguard of new research into cold shock therapy, looking to understand how and why cold water can help alleviate anxiety and depression. 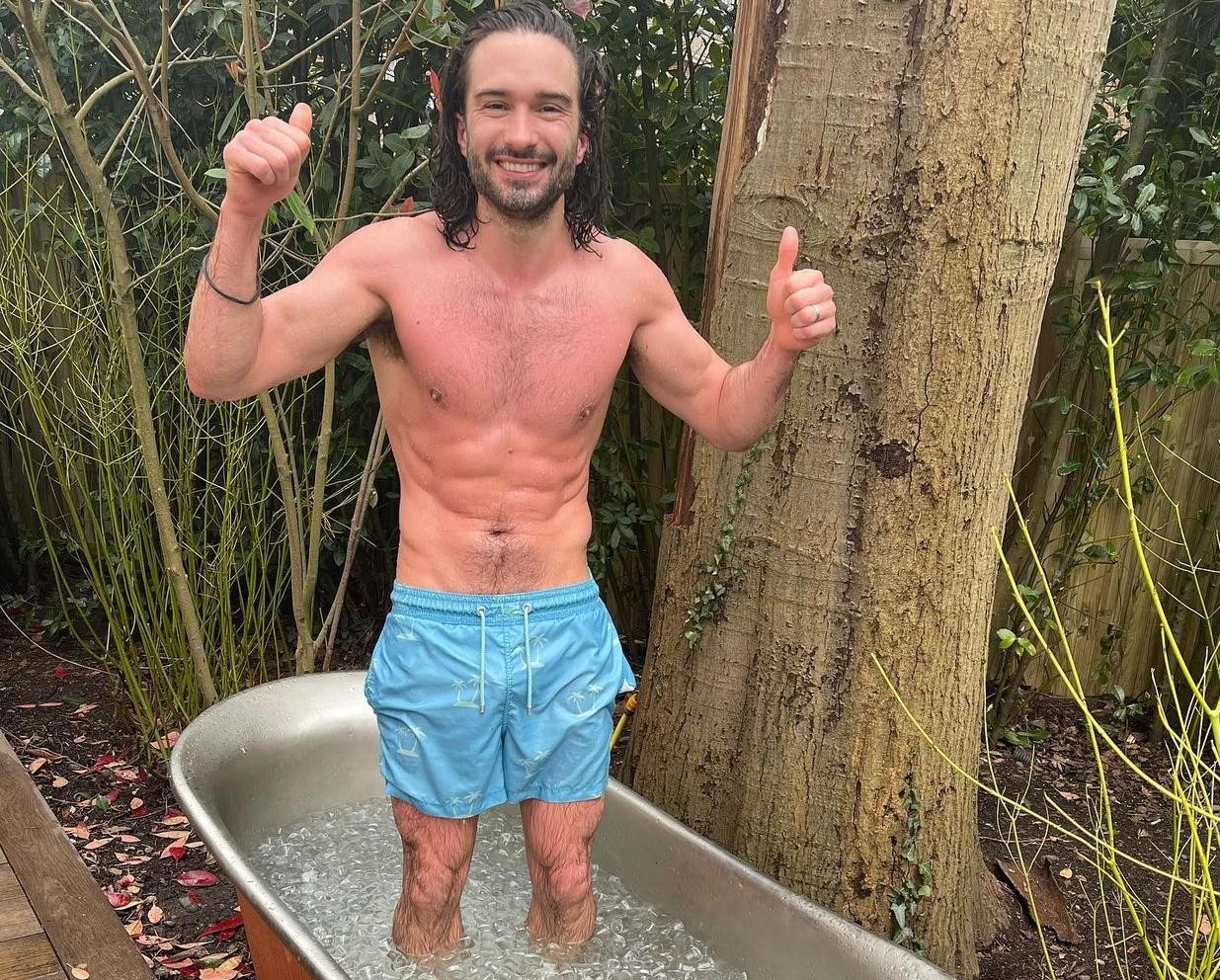 "We've looked at cold adaptation – how you adapt to cold and the response your body produces – and there's an anti-inflammatory effect," says Harper. "And we know that inflammation is linked with depression and anxiety."

Harper is in the process of securing funding for a new study that will build on anecdotal work he did for the BBC’s The Doctor Who Gave Up Drugs programme, which demonstrated how one woman used daily cold water swimming to come off medication.

"It needn't take much time at all, as little as two or three minutes," says Harper. "There's not a specific time, but once you've entered the water, got your breath back and you’ve settled, then that's enough. You’re getting the full effect."

"When you are out in the open, cooler water will tingle your nerve endings and being eye level to the earth will connect you to nature like no other outdoor activity," says Foote. "The smell of dirt, taste of each season, the feel of mud between the toes, sounds of birds and the sights you see as nature reveals itself to you as you swim – they all contribute to an overall physical and mental workout that leaves you feeling exhilarated."

Obviously, going for a wild swim as winter takes hold can feel daunting, especially for newcomers. Harper advises taking it up during summer and trying to go for as long as you can into the colder months. This will ensure your body acclimatises to the cold, and you’ll be surprised at just how addictive it can become.

The best thing is that, just like running, the barriers to entry are low. "That's the beauty of swimming," says Foote. "You just need a good swimsuit and a towel."

Safety is, of course, paramount. Go with friends, find a group online or book a Dip Advisor course to help get you started.

"There are plenty of books to inspire, and websites with pointers and advice," says Foote. "Find out as much as you can about the water you want to plunge into, and ensure that afterwards you have a hot drink and warm layers to put on. Enjoy it!"

As simple as going for a walk

If the idea of wild swimming or running 5km is more than you're ready for, the good news is that even going for a walk outdoors can produce tangible health benefits.

The Japanese phenomenon of 'shinrin-yoku', or forest bathing, has become headline news in recent years. A walk through trees has been shown to have tangible benefits when it comes to lowering stress and boosting our connection with the natural world.

But that doesn't mean having to venture deep into the countryside. Even a walk in a local park can work wonders. A 2006 Dutch study found that access to green space has a marked effect on perceived general health, while a 2016 study also found that increased exposure to green spaces was associated with a 12 per cent lower mortality rate, including a reduced risk of cancer, lung and kidney diseases.

Put simply, getting outdoors is good for you. From natural light to breathing fresh air, putting on an old pair of trainers and opening the front door could be the start of something transformational.

Written by freelance contributor, Joe Minihane, author of 'Floating: A Life Regained', a memoir about how he used wild swimming to combat anxiety.

Get the latest news from The Body Coach

Kick-start your health and fitness journey with my regular newsletters full of workouts, recipes, inspiration and great offers.