The Power of a Morning Routine

"If you win the morning, you win the day." In this post freelance contributor, Kieran Alger, speaks to the experts to find out why super successful people swear by a good morning routine and finds out how you too can cultivate one.

If you've ever gotten out of the wrong side of bed and ended up in a grump all day, you'll know just how much your start to the day can determine how successful and enjoyable the rest of it turns out to be. The truth is, it's hard to build anything on shaky foundations, and the early hours of each day often set the tone for what's to come.

"Routine allows us to stay focused and motivated," says Niels Eek, psychologist and co-founder of mental wellbeing app, Remente. "Even if you might not feel it right there and then, settling into a familiar routine can help your mind get into a state of 'flow' and stimulate your brain for a productive day ahead."

"University of Toronto research has found that small, daily habits that make us happy can help unleash our creativity, as bad moods often make it that much more difficult to solve a problem."

The benefits of a morning routine are frequently hailed by some of the world's most successful people. Howard Schultz, CEO of Starbucks, told Bloomberg Businessweek he gets up at 4:30am every day to walk his dogs and exercise before, somewhat inevitably, making coffee. Virgin's Richard Branson and former President Barack Obama are two other successful people who always wake up early to exercise as part of their morning routine, and Branson also counts spending time with his family or at least speaking to them on the phone as an important morning ritual.

Best-selling author and entrepreneur Tim Ferriss has interviewed hundreds of successful people in a huge variety of fields about their morning rituals, and has picked out several key features to build his own routine around. It all starts with making his bed.

"It's hard for me to overstate how important this ritual has become," Ferriss writes in his book Tools of Titans.

"No matter how shitty your day is, no matter how catastrophic it might become, you can make your bed," Ferriss writes. "And that gives you the feeling, at least it gives me the feeling, even in a disastrous day, that I've held on to the cliff ledge by a fingernail and I haven't fallen. There is at least one thing I've controlled."

An incredibly early start is often a feature of the morning routines of very successful people, but if that terrifies you don't worry, it is possible to create a good morning routine without getting up before the sun. The first step is to pick out a few smaller routines that can become habits.

"Begin with three to five smaller routines in the morning that you can easily implement," says Eek. "Stick with this for a few weeks until they turn into a habit, then you can add additional activities."

What activities you choose to include will vary from person to person, but there are some, like exercise or meditation, that crop up again and again when successful people detail their daily starts. Many studies have found that early exercise, rather than reducing the energy you have for the day ahead, actually provides a boost that will last you through the day and make you more productive. 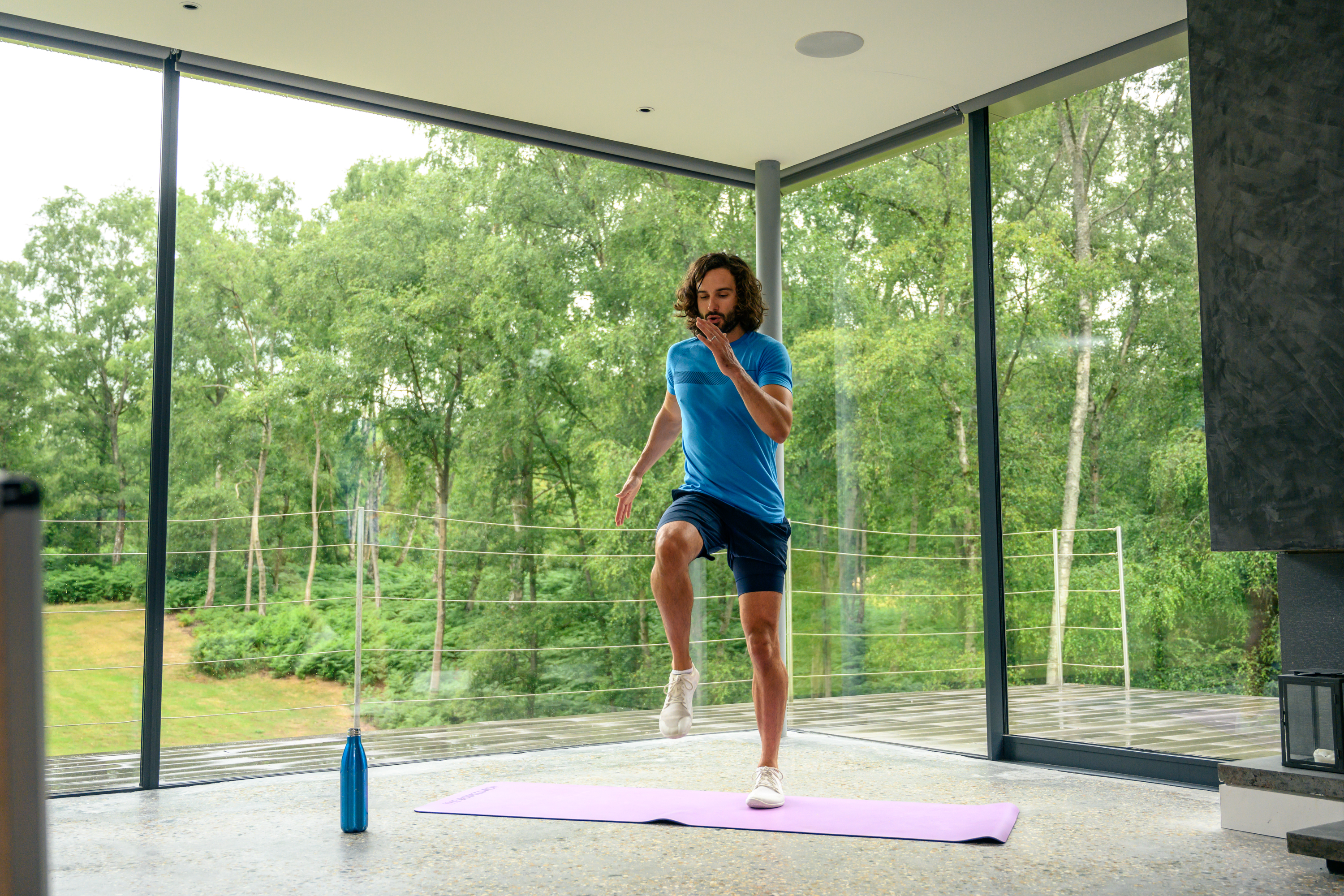 "I love smashing my workouts in the morning," says Joe Wicks. "It gives me loads of energy and sets me up for the day. I'm more productive and just generally happier after I exercise."

Be it exercise or something else, one of the best ways to work out what should go in your morning routine is considering what provides you with energy. That's one reason so many of us turn to coffee, after all.

Journalling - keeping a diary - has the added benefit of helping to clear your head before the working day starts. Meditation can also achieve this, and many successful people swear by early morning mindfulness as a key part of their day. Ferriss, Oprah Winfrey, and Twitter CEO Jack Dorsey all count meditation as an important morning ritual.

"Taking a moment to centre yourself can be highly beneficial because it leaves you with a tangible feeling of clarity to begin the day," says Eek.

If exercise and meditation are two cornerstones of the morning routines of the most successful people in the world, a third is undoubtedly breakfast. Studies have shown that eating breakfast can reduce the risk of health problems like heart disease and help you maintain a healthy weight. A healthy breakfast also boost your energy for the day ahead, and if you spend it with family, like Amazon founder Jeff Bezos does, it can cement closer relationships and provide psychological benefits too.

Another way to work out what should make up your morning routine is simply to think about what needs to be done each day before you leave the house. However, it's crucial not to let these tasks consume you - you don't have to achieve everything before you walk out your front door.

"Write down a to-do list and list them by importance," says Eek. "Don't get stressed if you haven't managed to do the things that are listed as less urgent. A clear to-do list will indicate the direction of the day and reduce stress levels, and will make the day run more smoothly."

Once you've considered what your morning routine should look like, the next step is to make a firm plan. You don't want to leave too many decisions for the morning itself when you might be groggy and not necessarily in the best shape to make the right choices for your day. For example you might know now that a quick workout is a great way to start the morning and will leave you full of beans for the rest of the day, but you might not feel as motivated when you wake up. If a plan is in place, you'll be more likely to follow it and enjoy the benefits.

"Write down how you'd like your mornings to look and then plan out how long this will take you," says Eek. "This can help protect you from mental fatigue, and allows you to focus on the things that are more important during the day and in life."

Remember that your morning routine has to work for you, and if you're suddenly finding yourself more stressed about missing parts of it than you were before you even had the routine, then it isn't working for you. So be adaptable and go with the flow – if you miss out sections of your routine then that's fine. Ferriss considers his morning a success if he manages three of his five morning rituals.

Get the latest news from The Body Coach

Kick-start your health and fitness journey with my regular newsletters full of workouts, recipes, inspiration and great offers.